The world is full of so many life-challenging experiences. Through these experiences life can bring a lot of ups and downs in the atmosphere.

Goldenchild Productions is a company that was created to change lives through each production. There are many in the world that struggle with the truth of reality. We believe if we express our opinions on these realities, and show what impact they may have on society through our productions, many will support the problems and not become apart of the problems.

We look forward to seeing how God will use us along this journey.

Ronald Diltz II was born in Orlando, Florida on the late night of August 8, 1982. He is the oldest of four from his heroes, Emma and Ronald Diltz I. Even at a young age Diltz was inspired and drawn to the industry of theatre and film. While in high school at Evan High School, Vickie Warden introduced him to theatre. Warden was influential in his growth as a student and as an actor. Additionally, she encouraged him to pursue professional opportunities in the theatre.

Following graduation from high school, Diltz found himself studying theatre at the University of Florida. Diltz was truly blessed to be in several small roles in some of the plays performed at the University of Florida. While he loved being on stage, he felt dissatisfied with his theatrical growth. Through the grace of God, in 2004 the director of black History Month, Muna Ibrahim, afforded him the opportunity to write and direct his first play, The Girl Who Cried Out Father. Diltz was honored, and felt empowered to make his mark. After experiencing the success of this production, he fell in love with writing and bringing his stories alive for an audience. Thereafter, Diltz wrote, directed, and performed in two additional plays, The Lost Boys (2005) and Rickeyah (2006), prior to graduating with a Bachelelor of Arts Degree in Theatre in 2006.

We are a family collective, composed of multi-faceted artists hailing from multiple cities across The States. Read more… 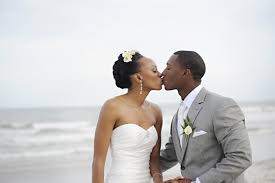 About Us The Wedding Connection (TWC )is a full service wedding company based in New York offering wedding planners for local and destination weddings, wedding invitations, limousines,… Read more…